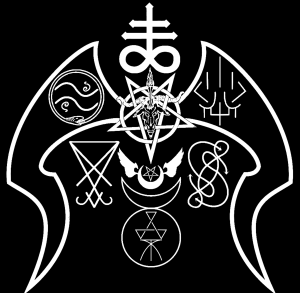 So the “non-theist” thing is going on again. It has an ebb and flow. It’s the same as “atheist”, meaning everyone outside the criteria of theist (I say everyone as the ist suffix is the personal form of the word). They are just taking a Greek root word with the Greek prefix meaning ‘everything other than the root word’, and changing it to the Latin prefix meaning the exact same thing. It’s the same thing as referring to plants that use reproductive methods other than sexual, as non-sexual instead of asexual.

While some people try to say there is a difference in meaning, usually people admit that it is just because “atheist” has certain associations and a cultural identity, and non-theist doesn’t as it was a fairly recently coined term.

One group that has been using this is American Humanists. I can kind of see their point. It’s still pandering because they are saying they are non-theist, while at the same time including people who identify as atheists in that, just because some take issue with the associations of the word “atheist”.

I find it silly, but if I was in charge of American Humanists, I’d be on the fence. They can use “non-theist” so as to avoid having to discuss the distinction from certain kinds of atheists. When identifying as atheist, one has to contend with associations of the fedora-wearing neckbeard who spews hate at any and all religious people. So I can see their point.

With The Satanic Temple, who is the other prominent group using the term “non-theist”, I don’t get it at all. It’s a very different situation than with the American Humanists, although the reasoning is the same. A few might try act like the meaning is different, but generally it’s about the cultural identity and not contending with those associations.

TST spends a lot of time on the term “Satanist” though. They do identify with that, as a Satanic organization, and defend the use of the term. So they have articles at length addressing the associations of “Satanist” from various sources. There are the really nasty Satanic Panic associations about child/animal sacrifice, and that conspiracy theory stuff. Then there are associations with theistic Satanism, including actual theistic organizations. Then there is the Church of Satan, and all those associations. These are deeply ingrained, and many people have quite a reaction to any word with “Satan” as part of it.

They can do all of that stuff, with Herculean effort, countering the most awful associations. But then they don’t want to address the associations of “atheist”, and demonstrate the difference between them and fedora-wearing neckbeards who troll people on the internet and write xenophobic rants about Muslims. Honestly, the entire argument of “we aren’t the neckbeard atheists” is contained within the “we aren’t LaVeyan Satanists” argument. Highlight the appropriate section, CTRL-C, go to new post, CTRL-V, done.

For the way I run things, I just stick to the proper terminology. No fucks given about associations, and no desire to pander to those whose entire issue with a word, is things they read into it, which have nothing to do with the meaning. This is 10x as true for an organization with “Satan” in the title, such as mine, for example.

I’m an atheist, meaning that I am not a theist. Theist is a person with a belief in some sort of deity. I don’t have that. “Atheist” means I’m outside of that. It doesn’t say how far outside of that though. Just like “non-apple” applies as well to orange as to aardvark, so it is with “atheist”. I’m also an agnostic, meaning that I don’t think most concepts of gods are even knowable or falsifiable. I also find so many different, major philosophical problems with these concepts, that I consider them to be nothing but meaningless fabrications.

It also says nothing of my wider views of materialism and skepticism. So gods are a silly idea, with no meaning beyond the actions of the large number of people who live under such false assumptions. Every philosophical proposition is treated in the same way, as is every empirical claim. So I end up an atheist because of a rational position on the issue of belief regarding one little idea, due to handling it the same as the seemingly countless other ideas with any sort of objective component.

The “Ba’alean Satanism” of the United Aspect of Satan is a massive collection of various philosophies, which is typical of Satanism. The differences are how you combine things together. I don’t run from labels or the associations of others. I’m interested in associating only with people who critically examine any given thing, and I have no desire to convince those who presuppose associations for which they have no basis. Ignorance maintained in spite of collecting knowledge is antithetical to everything I do. I also don’t tell anyone what to think. Individuals must decide if my ideas resonate with them or not, and more importantly, know what they think and why.

High Priest and founder of the United Aspects of Satan, and author of "The Satanic Narratives: A Modern Satanic Bible"