I do not worship the Easter Bunny. I want to state that clearly from the very beginning, so that there is no confusion. But I do consider bunnies the most important symbol of Easter,  with specific religious significance for Satanism. 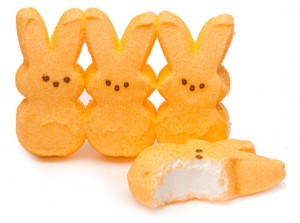 The Bunny represents the triumph of the secular over the mystical. Christians still like to tell themselves that Easter is about some kind of weird deal where God bribes Satan, but let’s get real: in America in the twenty-first century, Easter is a widely-celebrated cultural phenomenon that has almost nothing to do with Jesus. It is about consumerism and candy and spring time.  It is about wearing pastels and showing a little skin after a long winter. It is a celebration of the material world, physical transformations of spring, and indulgence in pleasures. The perfect Satanic holiday, all centered on the glorious Bunny.

And as a Satanist, I enjoy subverting cultural norms an expectations. I enjoy taking symbols with one expected meaning, and turning them around to present them as something else. To get people to question their expectations, and move people out of their comfort zones. So for me, the truly iconic Satanist symbol for Easter is…. the Evil Bunny.

We can find the Evil Bunny in many places in pop culture. 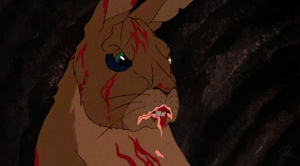 One of my favorite Evil Bunnies appears in the classic animated not-so-much-for-children movie Watership Down: a story all about rabbits. It features a fearsome “bad guy” rabbit, General Woundwort: battle-scarred, vicious, a military dictator of his warren. He’s basically a rabbit version of Hitler. 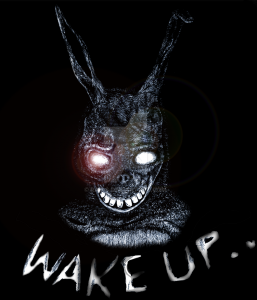 The movie Donnie Darko features a bunny that is not so much evil as ominous. A mysterious creature that looks like a terrifying half-skull rabbit creature appears to Donnie in a vision and tells him when the universe will end!  The creature, named Frank, imparts strange bits of wisdom to Donnie every time he appears. Is it a creature? Is it a person in a scary bunny suit? How can we know for sure?

Donnie: Why do you wear that stupid bunny suit?
Frank: Why are you wearing that stupid man suit?

And of course, there was a running joke throughout the series Buffy The Vampire Slayer that one of the characters (who was formerly a demon) had a fear of bunnies. She even sings a song about them:

“Bunnies aren’t just cute like everybody supposes. They got them hoppy legs and twitchy little noses, and what’s with all the carrots? What do they need such good eyesight for anyway?”

Which movie or television show featuring an Evil Bunny will you watch this Easter?

"The name of the fourth is Penemue: He discovered to the children of men every secret of their wisdom. He taught men to understand writing. Therefore numerous have been those who have gone astray from every period of the world, even to this day."